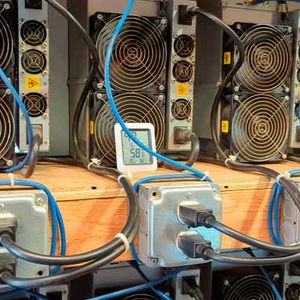 Summary Riot Blockchain is set to remain structurally unprofitable for much of 2023. The FTX collapse has extended the crypto winter and will significantly reduce institutional participation in the Bitcoin ecosystem. Regulatory blowback is highly likely just as some US states look likely to start restricting Bitcoin mining on environmental grounds. Bitcoin (BTC-USD) bears would be too hasty to decry the death of Bitcoin on the back of the FTX (FTT-USD) disaster but the collapse of the third largest cryptocurrency exchange will be a material setback for the 13-year-old cryptocurrency. FTX had a truly impressive cap table with some of the most prestigious institutional investors from Sequoia Capital to Singapore's Temasek. Hence, I believe the collapse of FTX is set to form a significant setback for the broader adoption of cryptocurrencies and the growth of the industry. Why wouldn't it? 2021 was Bitcoin's time in the sun. Its price had exploded to $64,000, there were over a dozen Bitcoin-related IPOs or deSPAC transactions, and the level of institutional interest and money flowing into the ecosystem was at record levels. Some of Riot Blockchain's ( RIOT ) peers are now currently under material financial stress. This includes North America's largest Bitcoin miner Core Scientific ( CORZ ) which has indicated that it might initiate chapter 11 proceedings, Argo Blockchain ( ARBK ), and Iris Energy ( IREN ). Whilst some bulls might flag this as a potential future opportunity for Riot Blockchain as it's a disruption of competing miners and could open the spectre of asset acquisitions at distressed prices, the underlying point remains that the Bitcoin ecosystem is collapsing in on itself as contagion from the FTX debacle continues to claim new victims. This year has already seen BlockFi, Three Arrows Capital, Alameda Research, and Voyager Digital (VYGVQ) all collapse. I believe these all point to a bleak future for the Colorado-based Bitcoin mining company. Blockchain.com Riot Blockchain is essentially an arbitrage play on the cost of the electricity needed to run thousands of Antminer ASICs and the price of Bitcoin. Whilst the process to start mining for gold involves prospect ing, obtaining the necessary permits, and then excavating the land, Bitcoin mining describes the running of specialized hardware and software to solve extremely complicated math problems to verify transactions on the blockchain. Miners are rewarded with new Bitcoin for their efforts. Mining Difficulty And Electricity Up As Price Trends Down Riot Blockchain faces intense headwinds as mining difficulty rises against the backdrop of Bitcoin prices that have fallen 64% year-to-date. This has come as the energy crisis from the discombobulation of the global energy markets by Russia's war in Ukraine temporarily drives an increase in the cost of electricity. That said, Riot Blockchain's Bitcoin mining facilities, Rockdale and Corsicana, are both located in Texas which has some of the lowest rates in the US. Bulls would also be right to counter that the company has long-term power agreements with ERCOT which include the ability to sell power back at spot prices for credits when the power use is curtailed. Texas Electricity Ratings These credits are essentially a type of energy trading instrument used to incentiv ize energy conservation and demand response . Corsicana is set to be a 1 GW facility when completed whilst Rockdale has a total capacity of 750 MW but with 450 megawatts currently developed and the remaining capacity under development. Riot Blockchain The company last reported earnings for its fiscal 2022 third quarter saw revenue come in at $46.3 million , a 28.5% decline over the year-ago quarter and a miss by $9.23 million on consensus estimates on the back of lower Bitcoin prices. Riot Blockchain produced 1,042 bitcoins during the period, down from 1,292 in the year-ago comps as there was a curtailment in mining activity. This was partially offset by $13.1 million in power curtailment credits. Data by YCharts The company was unprofitable with a net loss during the quarter of $36.6 million, up from a loss of $15.3 million in the year-ago period. Negative free cash flow at $41 million was driven by continued CapEx on the expansion of Rockdale and the Corsicana buildout. Rolling Headwinds Ahead The company does have a well-capitalized balance sheet which held cash and equivalents of $257 million as of the end of the third quarter but this has been built on the back of the material dilution of common shareholders. Data by YCharts There is more coming with a Form 8-K recently filed with the SEC confirming that stockholders had approved an amendment to increase the number of authorized shares of common shares to 340 million shares from 167 million currently. This comes on the back of a currently ongoing $500 million at-the-market offering that commenced earlier this year in March. The intense dilution made sense when Bitcoin prices were low and RIOT was trading at a premium to its underlying value, but with a depressed stock price, a prolonged crypto winter, and the coming Bitcoin halving in May 2024, Riot Blockchain faces intense headwinds. The New York Bitcoin mining ban on operations primarily powered by fossil fuels also adds to the coming regulatory quagmire facing the industry as other states are likely to mimic this. While there is a very low probability that this is mirrored by Texas, the move by New York will add to the debate concerning what the regulatory response to the FTX debacle should be. Greater demands for environmental sustainability could form part of the base for future regulation that hampers access to Bitcoin for the broader public and institutions. Fundamentally, Riot Blockchain's future performance like other commodity miners will depend on factors out of its hands. I believe Bitcoin's crypto winter will be extended by what's likely to be reduced institutional participation as the FTX issue evolves. Common shareholders are being diluted to own a company set to mine net losses for the foreseeable future as Bitcoin prices continue to oscillate down. I rate Riot Blockchain a sell with no near-term respite for Bitcoin coming.

Get Crypto Newsletter
Market Cap
24h Vol
41.46%
Bitcoin Share
182
Today News
Read the Disclaimer : All content provided herein our website, hyperlinked sites, associated applications, forums, blogs, social media accounts and other platforms (“Site”) is for your general information only, procured from third party sources. We make no warranties of any kind in relation to our content, including but not limited to accuracy and updatedness. No part of the content that we provide constitutes financial advice, legal advice or any other form of advice meant for your specific reliance for any purpose. Any use or reliance on our content is solely at your own risk and discretion. You should conduct your own research, review, analyse and verify our content before relying on them. Trading is a highly risky activity that can lead to major losses, please therefore consult your financial advisor before making any decision. No content on our Site is meant to be a solicitation or offer.