Bitcoin Now Undervalued For 170 Days, How Does This Compare With Previous Bears? 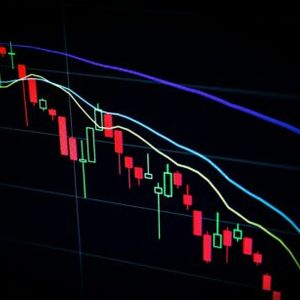 On-chain data shows Bitcoin has been undervalued for 170 days now, here’s how this figure compares with that during the previous bear markets. Bitcoin MVRV Ratio Has Been Stuck Under ‘1’ Since 170 Days Ago As pointed out by an analyst in a CryptoQuant post, the lowest point that the MVRV ratio has gone in this bear so far is 0.74. The “MVRV ratio” is an indicator that measures the ratio between Bitcoin’s market cap and its realized cap. Here, the “realized cap” is a BTC capitalization model where each circulating coin’s value is taken as the price at which it was last moved/sold. All these values are then summed up for the entire supply to get the worth of BTC. This is unlike the normal market cap, where all the coins are given the same value as the current Bitcoin price. The usefulness of the realized cap is that it acts as a sort of “real value” for the crypto as it takes into account the cost-basis of each holder in the market. Thus, a comparison between the two caps (which is what the MVRV ratio is) can tell us whether the current BTC price is undervalued or overvalued right now. The below chart shows the trend in the Bitcoin MVRV ratio over the last several years: The value of the metric seems to have been below one in recent days | Source: CryptoQuant As you can see in the above graph, the Bitcoin MVRV ratio has been under a value of 1 during the last few months, which means the market cap has been below the realized cap. Historically, the region below 1 is where bear bottoms in the price of the crypto have been observed. On the other hand, the ratio being greater than 3.7 is when tops have been seen. Related Reading: Russian Miners Buy More Bitcoin Mining Rigs In Q4: Report In the 2014-15 bear market, the indicator assumed values lower than 1 for 300 days, and went down to as low as 0.6 during this streak. The 2018-19 bear saw a shorter cycle, however, as it was in this zone for only 134 days. Its lowest point, 0.69, was also not as deep as in 2014-15. In the current Bitcoin cycle, the metric has spent 170 days in this region so far, registering a low of 0.74. The MVRV ratio has therefore now been longer in this region than during the last cycle, but it’s still not near the length seen in 2014-15. Related Reading: Bitcoin Bearish Signal: MPI Records Highest Value Since April 2022 The metric’s depth is also not as much as in either of the cycle, so it’s possible the bear will go deeper still, before Bitcoin finds the bottom of this cycle. BTC Price At the time of writing, Bitcoin’s price floats around $17.2k, up 7% in the last week. BTC has surged up | Source: BTCUSD on TradingView Featured image from Maxim Hopman on Unsplash.com, charts from TradingView.com, CryptoQuant.com

Get Crypto Newsletter
Market Cap
24h Vol
41.44%
Bitcoin Share
168
Today News
Read the Disclaimer : All content provided herein our website, hyperlinked sites, associated applications, forums, blogs, social media accounts and other platforms (“Site”) is for your general information only, procured from third party sources. We make no warranties of any kind in relation to our content, including but not limited to accuracy and updatedness. No part of the content that we provide constitutes financial advice, legal advice or any other form of advice meant for your specific reliance for any purpose. Any use or reliance on our content is solely at your own risk and discretion. You should conduct your own research, review, analyse and verify our content before relying on them. Trading is a highly risky activity that can lead to major losses, please therefore consult your financial advisor before making any decision. No content on our Site is meant to be a solicitation or offer.